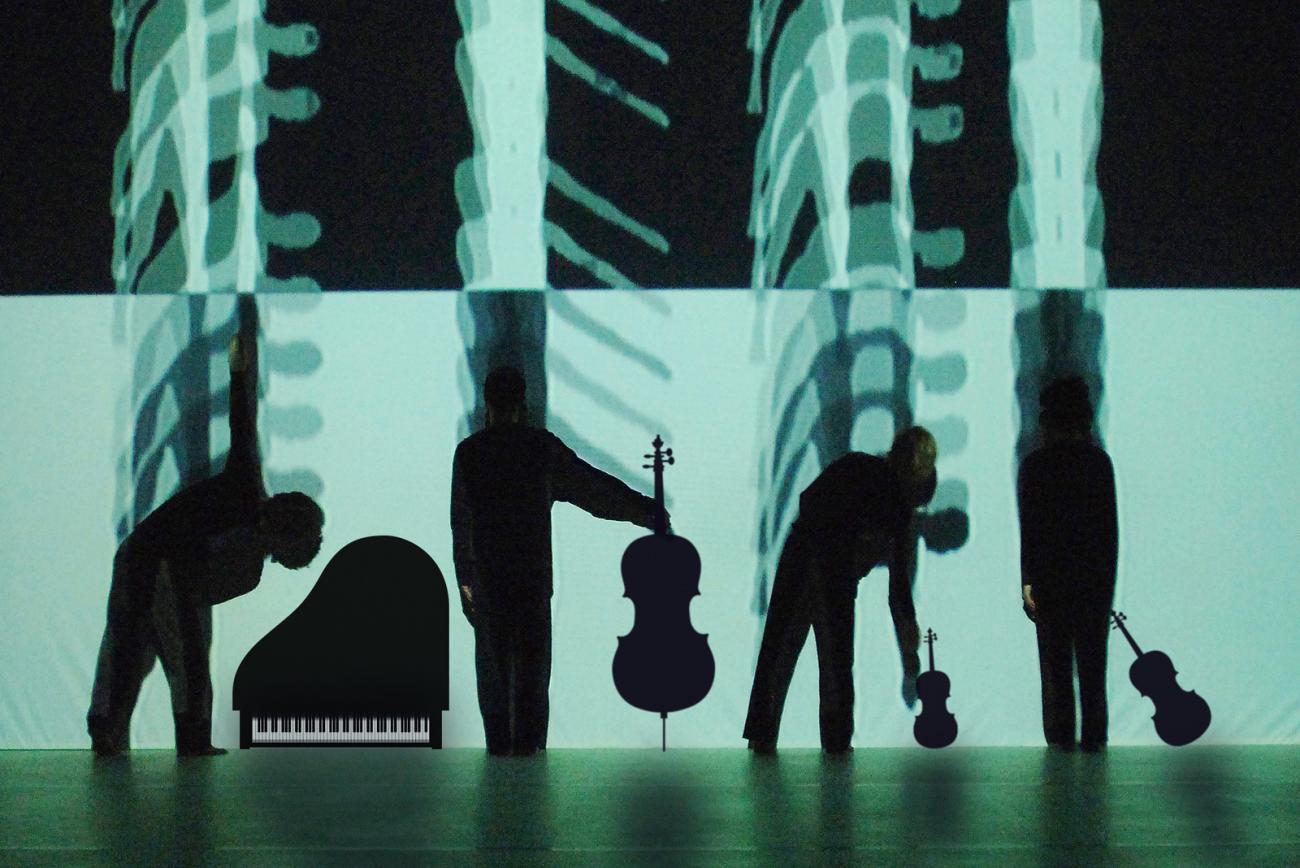 When a 2015 Swiss Dance Award meets a 2018 Swiss Music Award! Special musical pieces over the centuries performed by the four virtuoso musicians of the Mondrian Ensemble will stimulate the choreographies and their kinesthetic energy performed with intense physicality by the four dancers of DA MOTUS!

A promising encounter in which compositions and decompositions will be simultaneously at work, where fragmentation of movement and musical sequencing will influence each other. The basic elements resulting from this "decomposition" will constitute a concentration of rhythm and dynamic, shaping a kind of choreographic and musical humus, from which other visual and auditory perceptions will emerge. DeComposition refers to the positive forces that contain the notion of the cycle and its potential for fertility, as long as we remain in relation to the organic.

Antonio Bühler, Brigitte Meuwly, in cooperation with the dancers